The 5 Most Affordable HEPA Air Purifiers On The Market 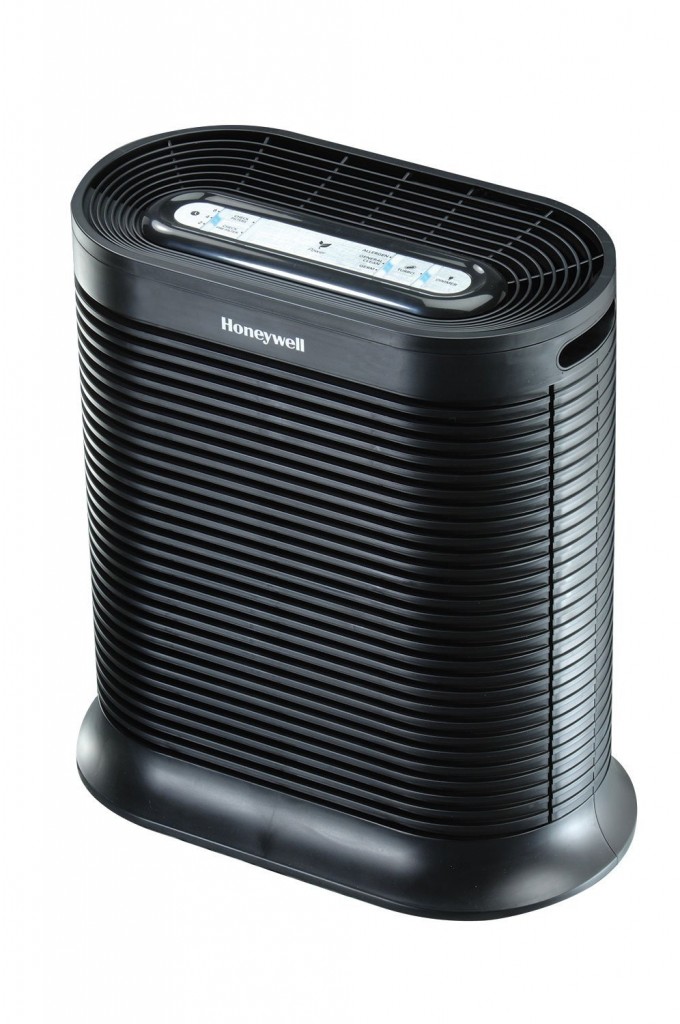 The Honeywell HPA 300‘s biggest selling point is its performance and range; it doesn’t try to hide behind cute features or “neat” quirks. This is a no-frills, heavy-duty device that is concerned only with power and efficiency.

The device specializes in removing particulates from the air; it deals extremely well with mold spores, VOCs and all types of allergens – fur, dander, plus all the stuff you can’t see. It handles dust very well, too.

This device boasts a CADR rating of 300 and can circulate a room’s air up to 5 times per hour – even when placed in very large rooms. The manufacturer defined the unit’s maximum coverage as 465 square feet – in other words, a 21′ x 22’-sized room.

That’s a fair number, and the HPA 300 easily lives up to that billing. But I think that number may even be conservative; there are reports of the device working very effectively in spaces up to 750 square feet – which, for a medium-sized purifier, is pretty absurd. You just don’t see that kind of coverage very often.

High-performance air purifiers are typically less energy efficient, but the HPA 300 bucks that trend a bit.

This device is Energy Star certified, and it’s very efficient relative to its performance. This device has four settings, which all draw different amounts of energy. On its lowest setting, it draws about 40 watts. It’s two middle settings will draw between 70 – 100 watts; meanwhile, the highest setting draws about 130 watts.

Obviously, this device becomes less energy efficient as you ramp up the work-rate. But even at it’s highest setting (130W), it’s fairly efficient relative to other units that perform similarly.

Remember, there are units that will draw up to 200 W to clean rooms smaller than what the HPA 300 is built to deal with. 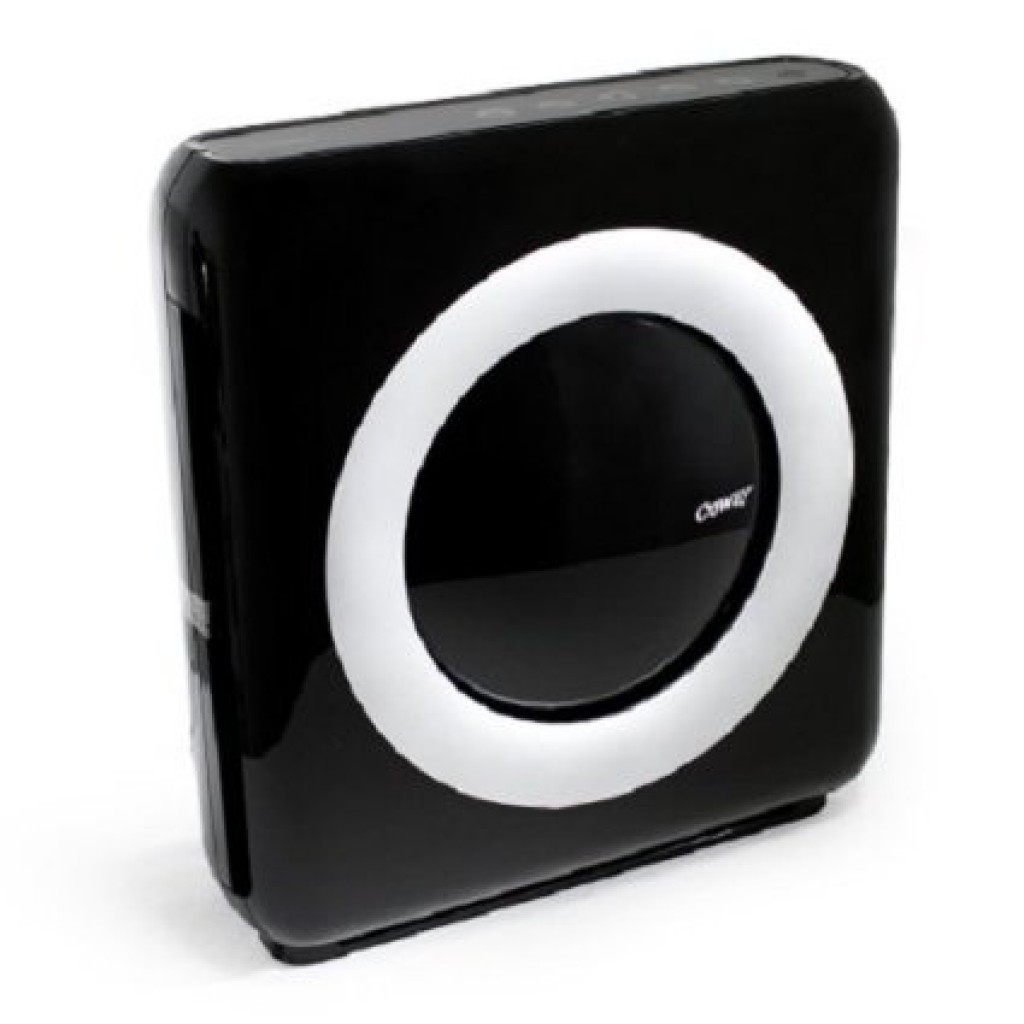 The Coway AP-1512HH is a wonderfully effective and efficient device. It’s exceptionally quiet, energy efficient, and at times seems psychic; it can automatically detect pollutants and adjust its work pace accordingly.

It’s perfect for medium-large bedrooms and small living rooms, but can work slowly when tackling larger living rooms (albeit still effectively). It specializes in eliminating odors and other hard-to-eliminate particles.

The unit covers 326 square feet, and can produce quite an airflow. It features 3 layers of filters: a washable pre-filter (for dust and hair), a carbon filter (for odors), and a HEPA filter for smaller particles. It’s quiet, too. It achieves true “whisper”-level quiet on lower settings, but you’ll be able to sleep comfortably even when the unit is operating on its highest setting (at its loudest, it still doesn’t exceed 50dB). 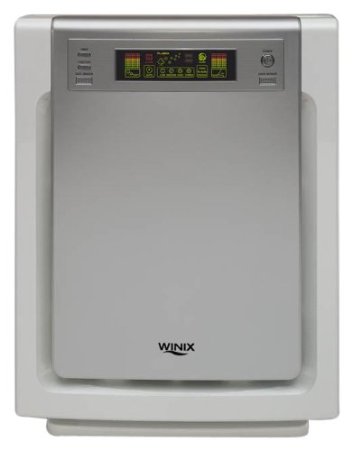 The Winix WAC9500 may look like a sleek mini-fridge at first glance, but this is a great device.

The pre-filter takes care of the big stuff (hair, fur and dust), then the HEPA filter tackles the much smaller stuff. The carbon filter leaves a bit to be desired (I’ll get into that later when I talk about how the device handles odors), but the PlasmaWave technology is a very cool touch.

Here’s what the manufacturer has to say about the PlasmaWave technology:

“Other Ionizer type air cleaners produce ions to attach to pollutants so they fall to the floor or stick to walls and furniture and then need to get vacuumed. PlasmaWave however doesn’t merely weigh down the particles – it breaks apart odor, allergens, chemical vapors and other pollutants at the molecular level without producing any harmful ozone.”

The device boasts a very intelligent design. It’s a bit bulky, but it’s fairly thin so it doesn’t take up that much space.

Further, the device has a sleek, clean control panel where you can see visual displays of the levels of odor and dust in the room.

There are four fan speed settings; depending on the setting, this unit will use between 8 watts and 70 watts. In this respect, it lives up to its Energy Star rating; the efficiency will allow you to leave the device on overnight, or when you leave the house, without killing your energy bill.

The device is very quiet as well, especially on the lowest three settings. 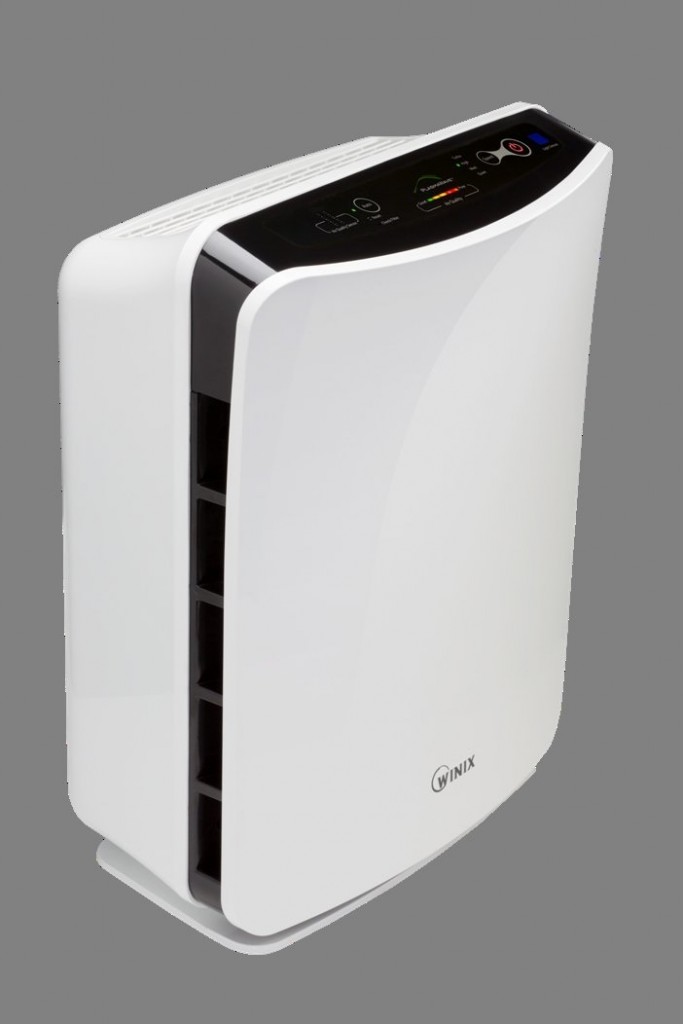 Winix makes affordable yet solid air purifiers, and the company boasts better quality control and stronger customer service than 80 percent of the industry. The Winix Freshome P300 won’t blow you away; it’s true, there are better purifiers on the market. But not everyone needs a Ford Mustang when a Honda Civic will suffice.

The coverage area is adequate; the manufacturer lists 300 square feet, but I think 250 square feet is a much more realistic number for effective performance. That means this purifier is a great fit for bigger living rooms and great for bedrooms of any size.

(As always, severe allergy sufferers will want to use purifiers in a room about 20 percent smaller than the recommended square footage – in this case, about 200 square feet.)

The device boasts pretty good power, as long as you remember that it’s closer to a Civic than a Lamborghini. It might not blow you away, but it can handle all manner of particulates pretty well – particularly allergens, given its HEPA filter.

The unit is pretty quiet – good thing, too, since the P300 works so well in bedroom-sized rooms. The device on its lower settings is certainly quiet enough to run in your bedroom while you sleep. But when the fan speed cranks up, so does the noise – you won’t be able to run “turbo” setting while you sleep.

The P300 is Energy Star certified, but it’s not all that energy efficient. On its highest fan speed, you can expect this device to consumer about 60 watts of power. On lower settings, between 20 and 40 watts. That’s fine, and it won’t kill your energy bill. But I do expect a bit more from an Energy Star certified device.

Overall, the P300 is a great mid-to-low level air purifier. It’s a budget buy, to be sure, but it’s perfect for consumers with mild air quality issues. 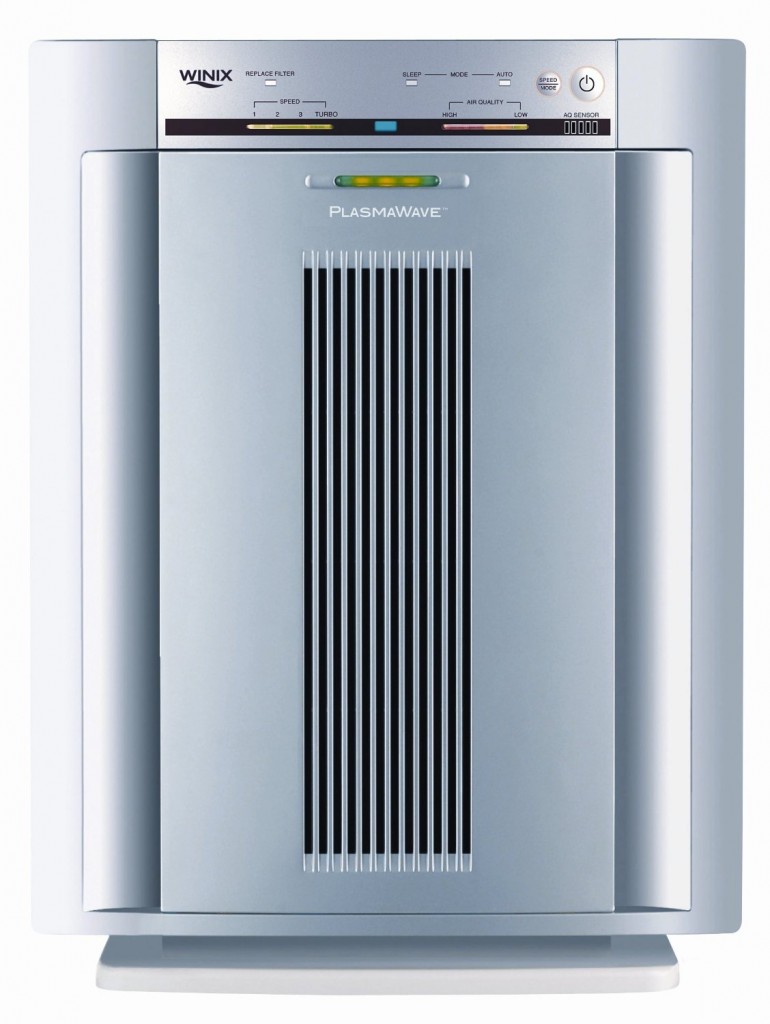 The Winix 5300 is the Honda Civic of air purifiers: the device isn’t flashy or packed with high-end features; but it’s affordable, durable, and does its job extremely well.

This unit is one of the most powerful “budget-buy” air purifiers you’ll ever find. It’s very difficult to find a purifier for under $200 that is capable of purifying large rooms efficiently and effectively. But that’s exactly what the Winix 5300 delivers.

With a coverage area of 350 square feet, the 5300 is great for all the medium-large sized rooms in your house. Performance-wise, the 5300 is well rounded and very powerful against a variety of pollutants – although decidedly least effective against odors, relative to its performance against other pollutants.

As with the Winix WAC9500, the Winix 5300 features PlasmaWave technology, which improves upon the ionization process utilized in ionizing air purifiers. Here’s how the manufacturer describes the PlasmaWave tech:

“Other Ionizer type air cleaners produce ions to attach to pollutants so they fall to the floor or stick to walls and furniture and then need to get vacuumed. PlasmaWave however doesn’t merely weigh down the particles – it breaks apart odor, allergens, chemical vapors and other pollutants at the molecular level without producing any harmful ozone.”

We will be happy to hear your thoughts